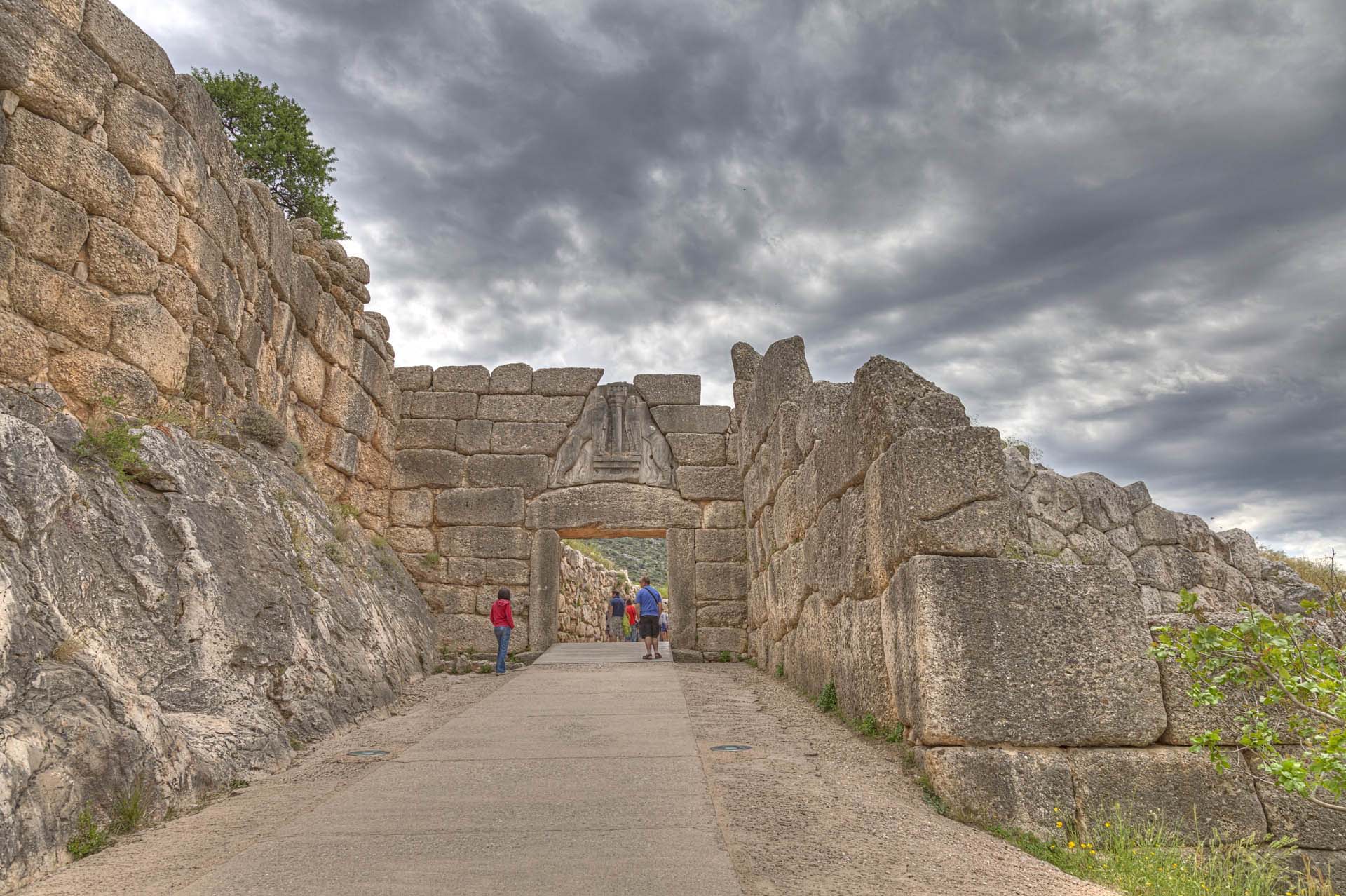 One of the most significant archaeological destinations in Greece and a Unesco World Heritage site.

The most important, and lavish, palatial centre of the Late Bronze Age in Greece: Homer’s “gold-rich Mycenae”. According to the mythology of Ancient Greece, its founder was Perseus, son of Zeus and Danae. The myth of the Cyclops and the story of Heinrich Schliemann’s discovery of the so-called Mask of Agamemnon is fascinating, as is a tour of the archaeological site in the Peloponnese.

>What to do in Mycenae

According to myth, Perseus, the founder of Mycenae, commissioned Cyclopses – huge, one-eyed mythical creatures from Asia Minor – to build the walls. Hence their name.

A symbol of the power of the Mycenaean Kingdom, it’s perfectly symmetrical and unique in Europe. The main entrance to the citadel of Mycenae dates from about 1250 BC. The monument is named after the relief sculpture of two lionesses that stands above the entrance. As yet, nobody has discovered how it was constructed. So why not stick with the Cyclopses theory?

The Mask of Agamemnon

Five gold-plated masks were discovered in Mycenae by the renowned archaeologist Heinrich Schliemann, who excavated this citadel because he believed Homer’s stories. He was convinced he’d discovered the remains of King Agamemnon and named his historical findings after the famous king. More recent studies revealed that the masks were from 1500-1550 BC, nearly three centuries before Agamemnon supposedly lived. However, the name remained and the findings can now be viewed in the National Archaeological Museum of Athens.

Tomb of the House of Atreus

One of the largest and best preserved of the famous vaulted beehive tombs found in Mycenae. Since the time of the traveller and geographer Pausanias, the inhabitants of the area knew that this monument was the “treasure” of King Atreus, and today it is still known as the Treasury of Atreus, or Tomb of Agamemnon. It was looted before Pausanias got to it and for centuries before that, shepherds used it as a refuge.

The Archaeological Museum of Mycenae

The exhibition is divided into four distinct sections. You’ll learn about the history, life and activities of the Mycenaeans, their burial customs and their use of space.

The religious centre of the Mycenaeans

Situated on the southwest point of the citadel, this building complex was created for religious purposes. Aside from the existence of architectural elements supporting this, artefacts used in religious ceremonies have also been found here.

It stands at the highest point of the citadel, built on man-made terraces.

Located on the west side of the citadel of Mycenae, this burial complex is one of the most important monuments in the area and in Ancient Greece, giving us insight into Mycenaean funeral architecture and burial customs. It hosts a total of 26 graves and dates back to about 1650-1550 BC. Among these, six of the shaft graves belonged to the ruling family and rich ornaments were unearthed, including a death mask made of electrum. 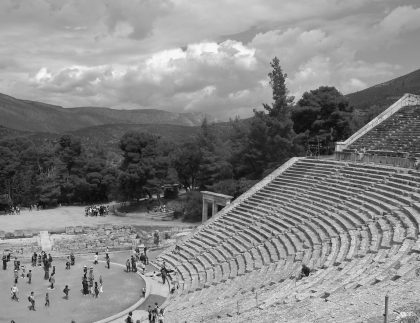 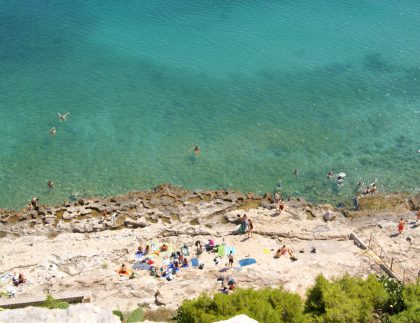 Find out more or adjust your settings.

10 beaches in Argolida to enjoy its clear waters!

This website uses cookies so that we can provide you with the best user experience possible. Cookie information is stored in your browser and performs functions such as recognising you when you return to our website and helping our team to understand which sections of the website you find most interesting and useful.

Strictly Necessary Cookie should be enabled at all times so that we can save your preferences for cookie settings.

If you disable this cookie, we will not be able to save your preferences. This means that every time you visit this website you will need to enable or disable cookies again.

This website uses Google Analytics to collect anonymous information such as the number of visitors to the site, and the most popular pages.

Please enable Strictly Necessary Cookies first so that we can save your preferences!